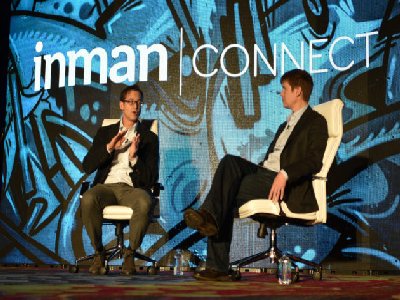 BOT or NOT? This special series explores the evolving relationship between humans and machines, examining the ways that robots, artificial intelligence and automation are impacting our work and lives.

NEW YORK — Robots may be taking over the world. But they won’t eliminate real estate agents — at least not anytime soon.

That’s the message from Zillow co-founder Rich Barton, whose 10-year-old Seattle company transformed the real estate business by unlocking massive amounts of data about individual homes. Could artificial intelligence — AI-powered robot agents — be the next wave in real estate?

“I choose to believe that all (artificial intelligence) is an enhancement, not a displacement. Just pick your industry,” said Barton, speaking at the Inman Connect real estate conference in New York this week. “We do like to see the end of the world in every new technology that emerges, but, in fact, the truth is every new technology that has emerged has enhanced humanity, and created new kinds of jobs that are much better and safer than the factory jobs or whatever jobs were being displaced.”

Seventy five percent of people were employed in food production 200 years ago, a figure that has dropped to about two percent in developed countries, Barton said. But all of those people did not lose employment. They went on to do other things, oftentimes which added tremendous benefits to society.

“Technology has been a great deliverer of information, giving power and information to the people,” he said. “It has been fantastic at doing that, and AI will continue that trend of what the computer started, what the smartphone has done, Alexa is going to do now, which is deliver you more information to you about a real estate transaction and everything else.”

For example, Barton said he could imagine a scenario where the Amazon voice assistant, Alexa, could proactively inform a home buyer that 50 people visited the profile of the home on Zillow sites yesterday. Alexa then could offer additional data, perhaps noting that three people contacted their agents about the home. That could prompt Alexa to ask: “Would you like me to contact your agent to see if any follow-up happened?”

“That is the beginning of what I see as a new phase. It is not artificial intelligence as much as it is this voice-based (user interface),” he said.

Asked about Zillow’s role in possibly bypassing the agent by using its massive data arsenal to intelligently predict what home buyers and sellers need, Barton pushed back.

Even with all of the additional access to information, Barton said the number of individuals who sell their homes on their own has basically stayed the same as 20 years ago. He also downplayed the possible inroads that Opendoor, a heavily-funded real estate startup that’s looking to streamline the home buying and selling process, will make in the industry.

“It’s because this is a huge and important decision, and people want advice,” he said. “The role of the professionals and the role of the others in the industry is changing, and they are being super empowered by information and data…. So, they are becoming better service providers as a result.”

Even so, many economists and computer scientists have predicted that the coming wave of automation is different that previous technological transformation, perhaps wiping out hundreds of millions of jobs. By 2050, computer scientist Moshe Vardi of Rice University predicts that half of the world’s population could be bumped out of the labor force.

“Winter is coming,” Vardi told GeekWire last year. “I think stopping technology will be very difficult, but we need to deal with the implications for the labor force.”

With some predicting a possible job apocalypse, countries are even discussing the idea of paying citizens to do nothing, something that the European Union is mulling in what’s dubbed as a universal basic income. At a tech conference in Germany earlier this week, Microsoft CEO Satya Nadella said that — because of the rise of automation — there’s a “pressing need” to help “people get skilled for the jobs of the future.”

“Not only are we going to upscale everyone for new jobs, [we also have to] talk about the returns on capital vs. labor achieving equilibrium,” he said. “Those are, I think, the pressing challenges of modern democracies.”

Robots were a big topic of conversation at the Inman Connect conference, with one session bluntly titled: “Will robots hurt or help real estate?” Inman reporter Kylie Davis also wrote a piece titled “3 ways robots can rock the world of real estate.”

Obviously, there’s a little fear and anxiety in real estate circles, an industry that employs about two million people in the U.S., according to the National Association of Realtors.

The question remains: Will real estate agents continue to be an important part of the transaction — as Barton predicts — or will they go the way of the travel agent — an industry that Barton disrupted as founder of Expedia?