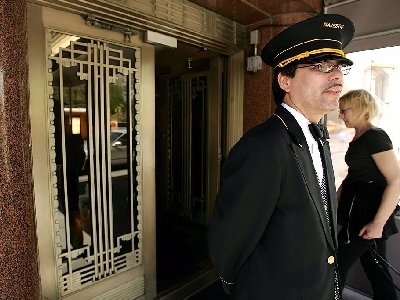 Manhattan landlords are doubling down on perks that encourage new tenants to sign leases and current residents to renew theirs.

Concessions like one month of free rent more than doubled from a year ago in April to the second-highest level on record, to 28.6% of all new leases, a report released Thursday by Douglas Elliman Real Estate showed.

At the same time, the median rental price including concessions — so-called net effective rent — fell by 1.8% to $3,309.

“It may be a sign that we’re sort of at this point where concessions are working, but they can only do so much,” said Jonathan Miller, the CEO of the real-estate appraiser Miller Samuel. “The face rents themselves are going to have to actually fall and we’re seeing a little bit of that now.”

In other words, one month of free rent is only so enticing when the cost for the other months is still a budget stretch. And if rents continue to fall, it would probably be better for tenants to sign up for one-year leases instead of two years or more, Miller said.

The price drop is also happening at the luxury end of the market, where oversupply has given buyers more choices. The median rental price in this segment fell by 6.3% year-on-year to $7,995.

“The ‘soft at the top’ narrative continues,” Miller said. “Judging by the high use of concessions across these markets, and with a lot of product still entering the market through the year, I don’t see this picture changing in 2017.”

One exception to the trend of falling rents in April was in Manhattan apartments in buildings without the perk of a doorman. The median rent jumped by 5.8% to $2,995, the highest in nearly six years.